On March 18, 2022, Center for Nanosatellite Testing (CeNT), Laboratory of Lean Satellite Enterprises and In-Orbit Experiments (LaSEINE) of Kyutech received Japan Aerospace Exploration Agency (JAXA) Award at the 5th Space Development and Utilization Grand Prize which was organized by the Cabinet Office of Japan.

The Prize commends the projects that have made significant contributions to the promotion of space development and utilization, such as having achieved great results, implementing advanced initiatives, and so on. For Kyutech, this is the 3rd time to win the Prize, following the Minister of Economy, Trade and Industry Award in 2013, and the Minister for Foreign Affairs Award in 2018. 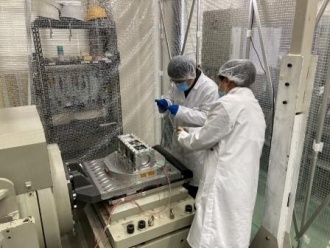 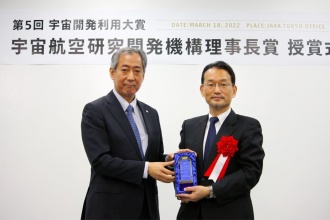