Kyutech held 'International Friendship Party 2019' at Nakamura Centenary Memorial Hall, Tobata campus on December 4th. This is an annual party hosted by Kyutech to deepen exchanges among all international students and researchers from 3 campuses, and their supporters inside and outside of Kyutech.

About 200 people attended the party this year. The student from Poland emceed the party in Japanese and English. Following the opening address by Prof. Dr. Oie, President of Kyutech, the Mexican student expressed great appreciation for all the supporters and volunteers as a representative of all international students and researchers.

After Prof. Dr. Serikawa, Dean of school of Engineering, proposed a toast, the participants started chatting and enjoyed food, which was mostly served as halal menu, and drink. The highlight of this party is the performances by international students. This year, the students from China, India, and France performed the songs of their home countries. Even after their performances, the Indian student sang the Japanese popular song back in late 80s and the Chinese student sang opera with the voice of great volume. They got a lot of applause from the participants. 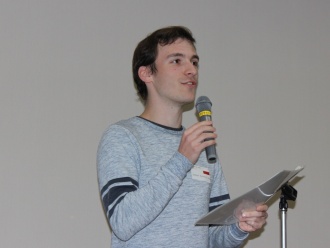 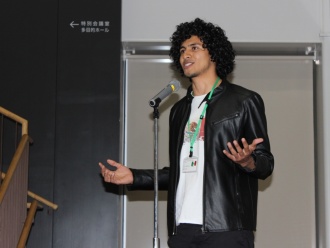 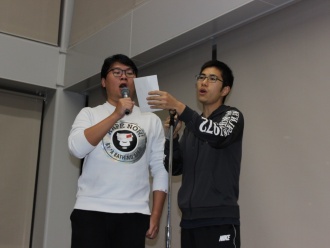 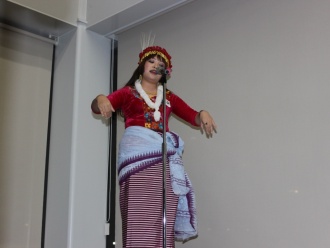